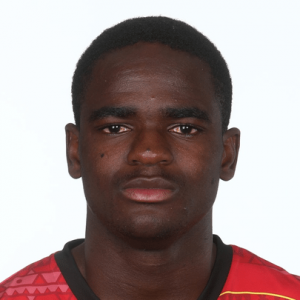 Zito André Sebastião Luvumbo (born 9 March 2002) is an Angolan footballer who plays as a right winger in Italy for Cagliari.

Club career
Born in Luanda, Luvumbo began his career with Primeiro de Agosto, and underwent a trial with English club Manchester United’s academy in February 2019. He was also linked with a transfer to English club West Ham United.

On 23 September 2020, he signed a 5-year contract with Italian Serie A club Cagliari.

International career
Luvumbo played for Angola under-17s, and received his first-call up to the senior team in August 2019. In September 2019, he made his debut with the Angola national football team in the 0–1 away win against Gambia.