Home / Betting Tips & Strategies / Betting on Formula 1: How to Bet on Races

Betting on Formula 1: How to Bet on Races 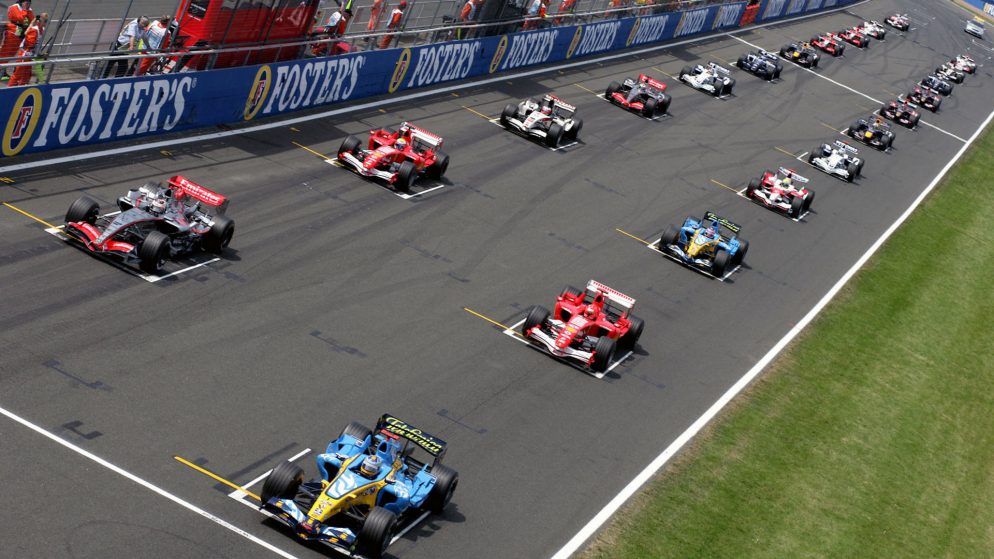 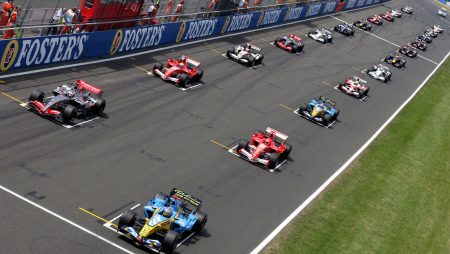 “Formula 1” is a major international racing series. It is here that the best pilots of the planet compete, and it is the ultimate place where the largest share of the motorsport money gets allocated to. There’re many types of betting on this sport, and it is difficult to find a bookmaker that would not accept a bet on a series of “royal races.” Here are some things you should know before placing bets on Formula 1.

The “Formula 1” season lasts from March to November and covers about 20 stages, their entry lists and number changing literally every year. New curcuits appear, old curcuits are removed from the calendar, but there’s a number of classic Grand Prix that remains unchanged. Winning a race in Monaco, Belgium or Italy is very prestigious, and because of this, the races here are always an extraordinary show.

Each Grand Prix consists of three sessions of free races, during which pilots get used to the track, Saturday qualifications, which allocates seats on the starting grid, and Sunday races. According to the results of the race, the first ten pilots receive points.

The number of teams in Formula 1 constantly changes. At the moment there are 10 of them, each with two cars, and a total of 20 pilots. Every team has its own chassis, which means that all cars are controlled differently. However, there are only four engine suppliers for F1, and you should pay attention to this when betting on F1 races. Three teams are serviced by Ferrari, Renault and Mercedes, one team buys their engines from Honda.

Historically, the Mercedes is considered the most powerful and reliable engine, and Ferrari comes next, while the relatively young Honda, on the contrary, is considered to be the most unstable and short-lived type of engine. The French Renault is constantly trying to catch up with the industry leaders, however, so far without much luck.

All routes are conditionally divided into three types: slow (for example, Singapore and Monaco), high-speed (Italy and Mexico), and medium-speed (France and the UK).

The higher the average speed on the curcuit, the greater the role played by engine power, which means that you should pay special attention to race cars featuring Mercedes engines. On slow curcuits, the chassis play a crucial role, and here you can pay special attention to Renault and Honda. When it comes to medium-speed curcuits, the right combination of the engine and the automotive aerodynamics is what makes a winner.

Bets on Formula 1 can be divided into three large groups: season bets, qualification bets, race bets. The first group is essentially predictions of the outcome of the championship and its winner. The two other types are, however, more tricky and need to be covered in detail.

Bookmakers are limited to comparing pilots and the qualification winner. For the most part, this is a comparison of the two representatives of the same team, and the the odds of one driver are usually noticeably higher than those of the other. This is due to the fact that the thing that coins the winnerhere is his own technique, and it’s quite simple to predict who will eventually win the race.

Race betting offers you more choice. You can compare two different pilots, it’s one of the easiest betting options. The winner is the driver who takes a higher position in the final classification, and only if they both go the distance after a collision with each other, the bet is calculated as a refund. You can also bet on the places that a certain driver will take in the final classification.

Descent rates are also extremely popular – these are bets on whether a certain pilot enters the final classification or not. It’s important to know that if the rider has covered 90% of the distance, but has not reached the finish line, he will still qualify and will not be considered to have lost his place in the race. You can bet not only on the pilots, but also on the total of the pilots that have crossed the finish line.

You can also make a bet on whether a safety car is going to enter the track or not. The important point here is that after the introduction of the virtual safety car (VSC), it began to travel much less frequently. This is especially true for non-urban curcuits with wide security zones. On narrow curcuits, the appearance of an actual safety car is almost inevitable.

Formula 1 is a very difficult type of sport to bet on. A huge number of factors influence the race result. The weather, the physical and moral state of the drivers and their car’s mechanics, race tactics, the degree of wear of the units, fines during and before the race, and other unforeseen circumstances, can all play a crucial role in the outcome of the race. The fate of the race is sometimes decided by fractions of a second. That is why it is believed that here, it’s unprofitable to bet on small odds, which means that you need to select options with the odds of least 2.00 and higher. It’s not safe for a beginner to start betting on F1 immediately; it is better to first practice with a virtual account.