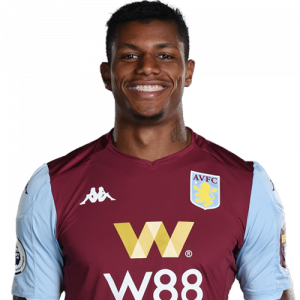 He began his career at Brazilian side Itabuna before moving to Trenčín in the Slovak Super Liga and subsequently Club Brugge where he won two league titles and was named Belgian Young Professional Footballer of the Year in 2018. He made his international debut for Brazil in November 2019.

On 13 June 2019, Wesley signed for Aston Villa in the Premier League, for a fee of £22,000,000. Following a week-long training camp with the rest of the squad, Wesley made his debut for Villa in a friendly match against Minnesota United on 17 July 2019. Wesley scored his first Villa goal in his third appearance, opening the scoring in the 2–0 win over Everton on 23 August, with a first time strike beating Jordan Pickford.

On 1 January 2020, Wesley suffered a severe cruciate knee ligament injury after a tackle from Burnley’s Ben Mee. Wesley had scored earlier in the game, a 2-1 win. His injury was initially predicted to take around nine months to recover from. However, the injury was more severe than first thought, and Wesley’s time on the sidelines was much longer. He made his return to football on 26 March 2021, over a year later, playing for 45 minutes in a training ground friendly against West Bromwich Albion.

Wesley was born with one leg almost three centimetres shorter than the other, which has led to comparisons in his movement to legendary compatriot Garrincha. He was also compared with former Aston Villa striker Christian Benteke by Joseph Chapman from the Birmingham Mail, for his strong aerial threat while being confident with the ball at his feet.