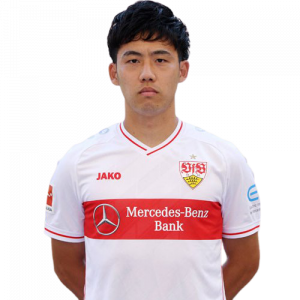 Wataru Endo (born 9 February 1993) is a Japanese professional footballer who plays as a midfielder for German club VfB Stuttgart and the Japan national team.

Until 2019, he played for Sint-Truiden, whom he joined after beginning his professional career with Shonan Bellmare.

On 13 August 2019, Endo was loaned out to Stuttgart until the end of the season. In April 2020, Stuttgart took advantage of a contract option and signed Endo permanently. On 26 November 2020, Endo extended his contract with VfB Stuttgart until June 2024.

International career
On 23 July 2015, Japan’s coach Vahid Halilhodžić called him for the upcoming 2015 EAFF East Asian Cup. He was named in Japan’s squad for the 2018 FIFA World Cup in Russia, although he did not play in any of the matches.