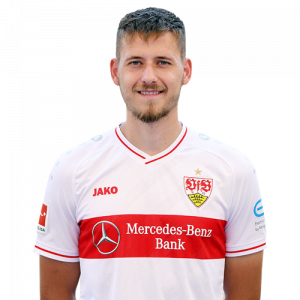 Waldemar Anton (born 20 July 1996) is an Uzbekistani-born German professional footballer who plays as a central defender for VfB Stuttgart.

Career
During the 2015–16 season, Anton made two appearances for Hannover 96, playing in a 2–1 win against VfB Stuttgart on 27 February 2016 and a 1–0 loss against Eintracht Frankfurt on 19 March 2016. His first Bundesliga goal was against Borussia Mönchengladbach on 15 April 2016. He also played eleven matches for Hannover 96 II.

International career
Anton was born in Uzbekistan to parents of German and Russian descent. He was a youth international for Germany.