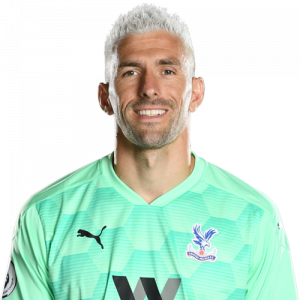 He appeared in 176 La Liga matches over eight seasons with Valencia and Getafe, as well as a season on loan with Recreativo in the Segunda División.

On 2 February 2018, Crystal Palace manager Roy Hodgson confirmed Guaita had agreed to join from 1 July on a free transfer. The transfer was reconfirmed by the club on 8 June, with the player joining on a three-year contract. He made his Premier League debut on 15 December, keeping a clean sheet in a 1–0 home win against Leicester City.