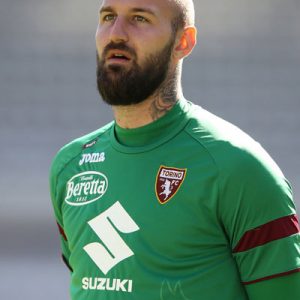 Vanja Milinković-Savić (born 20 February 1997) is a Serbian professional footballer who plays as a goalkeeper for Italian club Torino.

Milinković-Savić made his competitive debut for Vojvodina on 10 August 2014, keeping a clean sheet in a 3–0 home league victory over OFK Beograd. He played the full 90 minutes in all 15 league games in the first part of the 2014–15 season. After the winter break, Milinković-Savić lost his place as first-choice goalkeeper to experienced Srđan Žakula, making only two more league appearances.

After failing to earn a work permit to play in England, Milinković-Savić was released by Manchester United in November 2015 and he signed a four-and-a-half-year contract with Polish club Lechia Gdańsk on 26 November; the contract commenced on 1 January 2016.

On 30 January 2017, Italian club Torino announced they had purchased him and he would join the club on 1 July. He was the first-choice goalkeeper for the national cup, while being the second choice, behind Salvatore Sirigu, for the Serie A. During the Coppa Italia match against Carpi, he hit the crossbar with a free-kick in injury time.

On 29 June 2019, he joined to Belgian club Standard Liège on loan with an option to buy.