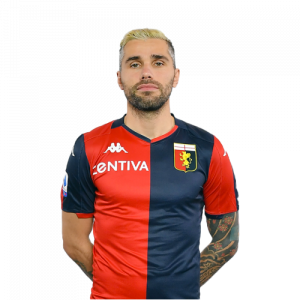 Valon Behrami (born 19 April 1985) is a Swiss professional footballer who plays as a midfielder for Italian club Genoa.

Behrami has been capped over 80 times at international level by the Switzerland national team, playing at four FIFA World Cups, UEFA Euro 2008 and UEFA Euro 2016 since his debut in 2005.

Return to Genoa
On 2 January 2020, Behrami joined Genoa for the second time. On 5 January, he came on in his debut as a substitute in a 2–1 home win against Sassuolo in the 72nd minute.