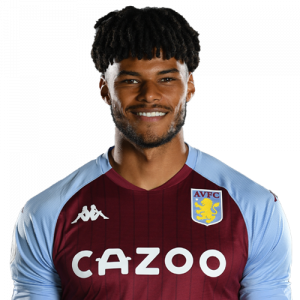 Tyrone Deon Mings (born 13 March 1993) is an English professional footballer who plays as a centre-back for Premier League club Aston Villa and the England national team.

On 31 January 2019, Mings joined Aston Villa on loan for the rest of the season. He made his Villa debut on 2 February against Reading. The match was the subject of controversy following an incident where Mings stepped on the face of Reading forward Nélson Oliveira after a tussle for the ball. Oliveira was forced off with deep gashes to his forehead and nose. Mings later apologised, insisting that it was not intentional. As referee Geoff Eltringham had seen the incident and determined that it was accidental, no retrospective action was taken.

Mings scored his first Aston Villa goal in his second game, on 8 February 2019. He scored in the 82nd minute of the home game against Sheffield United. At that point, Aston Villa had been losing 3–0, but they went on to complete a late comeback to draw the game 3–3. Despite Villa’s poor run of form at that time, Mings was a standout performer and quickly became a fan favourite despite only recently arriving from Bournemouth. Villa had a change in form after the return of Jack Grealish from injury, during which Villa picked up a 10-game winning streak, in the fifth of which Mings scored the winning goal in a 2–1 win over Blackburn Rovers. On 27 May 2019, Mings played in the 2018–19 EFL Championship Play-off Final, where he helped Villa to defeat Derby County 2–1, and gain promotion to the Premier League.

Mings signed for Aston Villa permanently on 8 July 2019. The fee was believe to be an initial £20million, with add-ons that could total £25million.

After the UK government announced resumption of sports and Premier League announced the return of teams as part of “Project Restart” from 17 June, Mings claimed that the players were the last to be consulted and were only treated as “commodities in the game”.