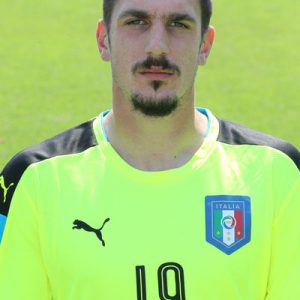 Simone Scuffet (born 31 May 1996) is an Italian professional footballer who plays as a goalkeeper for Udinese.

An Udinese Calcio youth product, Scuffet made his first team debut on 1 February 2014 at the age of 17 in a Serie A match against Bologna, as a replacement for injured Željko Brkić. After a string of impressive performances, he was subsequently promoted as first choice keeper, relegating Brkić on the bench.

On 9 June 2014, following a successful debut season, Scuffet signed a new five-year deal with the club. He failed to get the same level of game time during the 2014–15 season with Orestis Karnezis preferred as the first-choice goalkeeper at Udinese. On 8 December 2014, he Scuffet was named at the #1 spot in the goalkeepers category as part of Outside of the Boot’s 100 Best Young Players to Watch in 2015 feature. On 16 December 2014, he was named at the #1 spot as FutbolSapiens’s 10 Best Young Goalkeepers of the Year feature.

On 6 August 2015, Scuffet was sent out on loan to Serie B side Como.Although he was able to obtain more playing time at Como, he endured a negative season with the club, as he conceded 52 goals, while Como finished in last place in the league and were relegated to Lega Pro at the end of the 2015–16 Serie B season.

On 16 January 2019, Scuffet joined Turkish side Kasımpaşa on loan until 30 June.