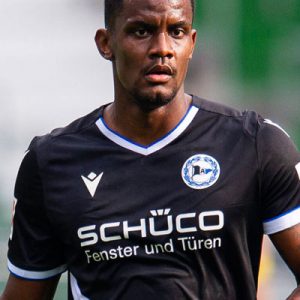 Sergio Duvan Córdova Lezama is a Venezuelan professional footballer who plays as a forward for Arminia Bielefeld, on loan from FC Augsburg, he also plays for the Venezuela national team.

He is an academy graduate of Venezuelan side Caracas and scored on his professional debut in 2015. He spent two and a half season’s in the club’s first team, scoring five goals in 38 appearances, before signing for Augsburg in 2017. Internationally, he represented Venezuela at U20 level and featured for the nation at the South American Youth Football Championship and U-20 World Cup in 2017, winning the Goal of the Tournament award at the latter competition. Later that year, he made his debut for the senior side.

On 17 August 2020, he signed a five-year contract extension with Augsburg before joining newly-promoted Bundesliga side Arminia Bielefeld on a season-long loan.