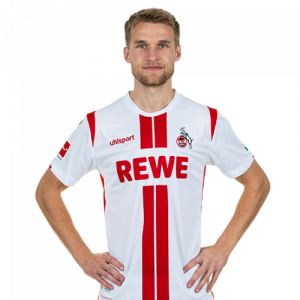 Martin Sebastian Andersson (born 15 July 1991) is a Swedish professional footballer who plays as a forward for 1. FC Köln and the Sweden national team.

Early career
Andersson started out playing youth football for his hometown club Ängelholms FF when he was five. A couple of years later he also simultaneously started playing for Vinslövs IF. This was because his parents had separated and he was living every other week in different locations with each parent so he also had to switch between the two clubs every other week. When he turned 15 he joined the youth team of Helsingborgs IF but only a couple of years later the club discontinued the age group that he was playing for and as he wasn’t given a first team contract he had to leave.

FC Kaiserslautern
On 31 August 2017, the last day of the 2017 summer transfer window, Andersson signed a three-year contract with 2. Bundesliga side 1. FC Kaiserslautern.

Union Berlin
In June 2018, following Kaiserslautern’s relegation, 1. FC Union Berlin announced Andersson would join the club on a free transfer for the 2018–19 season having agreed a two-year contract.