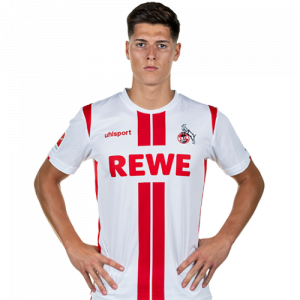 Sava-Arangel Čestić (born 19 February 2001) is a Serbian professional footballer who plays as a defender for 1. FC Köln.

Club career
A native of Offenbach am Main, Čestić began his youth career with local outfits SG Rosenhöhe and Kickers Offenbach. In 2015, he joined the youth academy of FSV Frankfurt, from where he transferred to Bundesliga team Schalke 04. In July 2019, he joined the academy of 1.FC Köln. On 28 November 2020, he made his professional debut for Köln in an away game at Borussia Dortmund. The day after his debut, it was reported that Čestić had extended his contract with the club until July 2024.