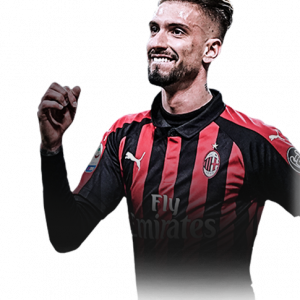 Málaga
Castillejo was born in Barcelona, Catalonia where his father, a Guardia Civil officer, was stationed at the time; the family resettled in Málaga, Andalusia within a few months. He graduated from Málaga CF’s youth system, made his senior debut with the reserves in 2011 aged only 16, and went on to play three full seasons in Tercera División. He was given the nickname El Fideo (“the noodle” in Spanish), due to his “wiry frame and ability to squirm away in tight spaces”.

In June 2014, Castillejo was called up by first-team manager Javi Gracia for the pre-season. He was named player of the match in a 3–1 friendly win against Newcastle United where he scored twice. He was promoted to the main squad the following month.

Castillejo made his debut with the first team on 29 August 2014, coming on as a substitute for fellow youth graduate Juanmi in the 57th minute of a 0–3 La Liga away loss to Valencia CF. He scored his first professional goal on 2 February, the winner in a home victory over the same opposition.

Villarreal
Castillejo joined Villarreal CF on 18 June 2015 alongside his Málaga teammate Samu García, signing a five-year deal. He scored six times in his third season, helping to qualification for the UEFA Europa League after a fifth-place finish.

Milan
Castillejo signed with A.C. Milan on 17 August 2018, with Carlos Bacca moving in the opposite direction. He made his Serie A debut on 31 August, starting in the 2–1 win against A.S. Roma at San Siro. He scored his first goal for the club on 30 September, in a 4–1 away defeat of U.S. Sassuolo.