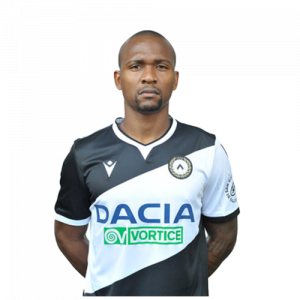 Samir Caetano de Souza Santos (born 5 December 1994), also known as Samir, is a Brazilian footballer who plays as a centre back for Udinese and the Brazil national team.

Born in Rio de Janeiro, Samir began his career with Brazilian side Flamengo, making his Série A debut with the club’s first team in 2013; he won the 2013 Copa do Brasil and the 2014 Campeonato Carioca with the club.

On 18 January 2016, he joined Italian club Udinese for €4.5 million, but was immediately loaned out to Verona for the remainder of the 2015–16 Serie A season.

On 4 April 2016, he made his Serie A debut, scoring the decisive goal in a 1–0 away win against Bologna from a header.