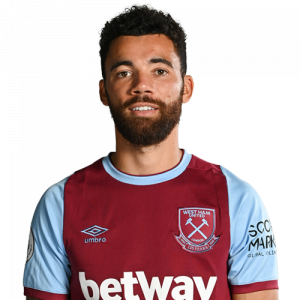 Fredericks grew up in Potters Bar, attending Mount Grace School. Upon joining Fulham, Fredericks revealed that he had been a district champion in the 100m and the triple jump and had been offered athletics scholarships as a youth.

Fredericks made a single appearance for the England under-19 team in 2011, in a 3–0 defeat against the Netherlands. Fredericks is also eligible to represent Guyana and Scotland through his grandfather.

Fredericks’ free transfer to West Ham United was announced on 5 June 2018, joining on a four-year contract from Fulham. He made his debut on 12 August in a 4–0 defeat by Liverpool. He scored his first goal for West Ham in their 8–0 defeat of Macclesfield Town in the EFL Cup on 26 September 2018.