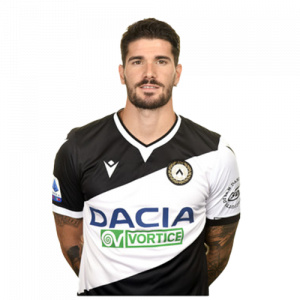 Rodrigo Javier De Paul (born 24 May 1994) is an Argentine professional footballer who plays as a midfielder for Serie A club Udinese and the Argentina national team.

He started the 2018–19 season with four goals in the first six matches of the Serie A season. He would finish the season as Udinese top goal scorer with nine goals during the 2018–19 Udinese Calcio season and also nine assists.

On 15 October 2019, De Paul signed a new five year contract at Udinese. He would score seven goals and gain six assists for Udinese in Serie A during the 2019–20 season.