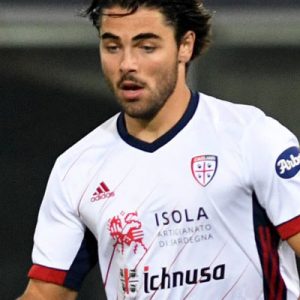 Riccardo Sottil (born 3 June 1999) is an Italian footballer who plays as a winger for Cagliari on loan from Fiorentina.

Fiorentina
He joined Fiorentina youth teams in January 2016. He was first called up to Fiorentina’s senior squad late in the 2017–18 season.

He made his Serie A debut for Fiorentina on 19 September 2018 in a game against Sampdoria as an 82nd-minute substitute for Federico Chiesa.