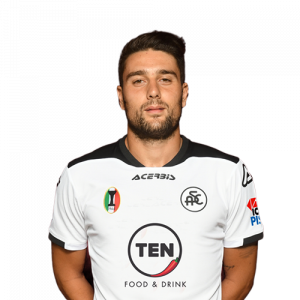 Riccardo Marchizza (born 26 March 1998) is an Italian professional footballer who plays as a centre-back for Serie A club Spezia, on loan from Sassuolo.

In July 2016, Marchizza was called up for A.S. Roma’s first team during the pre-season training camp and scored the winning goal in a friendly game against Terek Grozny. On 8 December 2016, Marchizza made his senior debut against Astra Giurgiu on matchday six of the 2016–17 UEFA Europa League group stage; with Roma already advanced, he replaced Emerson in the 89th minute.

Sassuolo
In July 2017, Marchizza and Davide Frattesi were signed by Sassuolo for a total fee of €8 million, as part of the deal for Grégoire Defrel. In August 2017, Marchizza was loaned to Serie B club Avellino. On 25 July 2018, Marchizza signed to Crotone on loan until 30 June 2019. On 15 July 2019, he joined Spezia on loan.