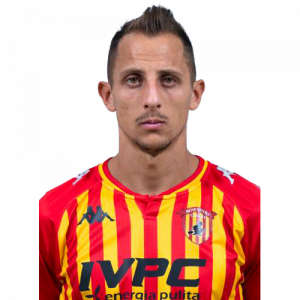 Riccardo Improta (born 19 December 1993) is an Italian footballer who plays as a forward for Benevento.

Improta played for Genoa reserve in Campionato Nazionale Primavera. He played 9 games in 1 goal in the second half of 2011–12 season. He also played the first round of the playoffs that losing to ACF Fiorentina.

On 2 July 2013, Improta left for Chievo on loan, with an option to buy. In January 2014 Chievo bought him in a co-ownership deal for a peppercorn of €500. However, he left for Padova immediately.

In June 2014 Improta returned to Genoa for an undisclosed fee.

On 1 September 2014 Improta left for Bologna.

On 18 July 2015 Improta was signed by Cesena on a temporary basis. On 19 August 2016 Improta left for Salernitana in another loan. Before he left Genoa, he was assigned number 16 shirt.

On 1 July 2018, Improta signed with Serie B club Benevento.