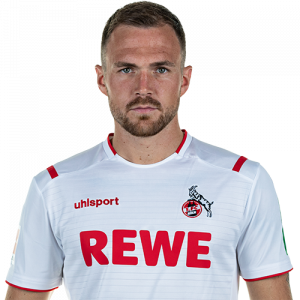 Rafael Czichos (born 14 May 1990) is a German professional footballer who plays as a centre-back for 1. FC Köln.

Career
Born in Jeddah, Saudi Arabia while his father worked there, Czichos began his career at TSV Ottersberg and joined VfL Wolfsburg II in 2010. In 2012, he signed with then 3. Liga side Rot-Weiss Erfurt. After signing with Holstein Kiel, Czichos first played in the 2. Bundesliga when the team won promotion in 2017.

However, Kiel failed to win promotion after the 2017–18 season and he was sold to newly relegated side 1. FC Köln for a fee of €1.8 million. He made his debut, including his first goal, for the club in a 0–2 victory against VfL Bochum on 4 August 2018.

Personal life
In a July 2018 interview Czichos revealed he was a life-long fan of Werder Bremen.