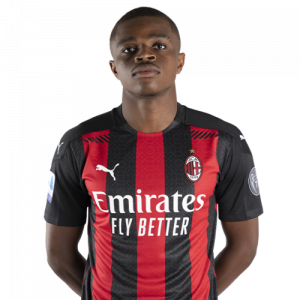 Pierre Kalulu Kyatengwa (born 5 June 2000) is a French professional footballer who plays for Serie A club A.C. Milan as a defender. Mainly a right-back, he can also play in central defense.

International career
In addition to his French citizenship, Kalulu also holds the citizenship of the Democratic Republic of Congo. Since June 2018, he has played through the various national junior teams of France, taking part in the 2019 UEFA European Under-19 Championship.