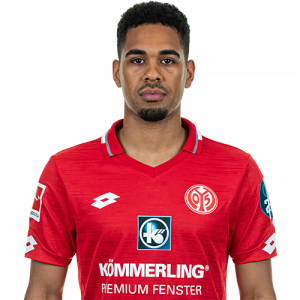 Phillipp Mwene (born 29 January 1994) is an Austrian-born Kenyan professional footballer who plays as a defender for Mainz 05 in the Bundesliga.

Career
Phillipp Mwene was born in Vienna and holds dual citizenship of Kenya and Austria. He made his first appearance for VfB Stuttgart II on 20 April 2013 in the 3. Liga against SV Wacker Burghausen. He has expressed his desire severally to feature for the Kenya national team.

In 2016, Mwene signed with 1. FC Kaiserslautern. In the 2017–18 season he was a consistent performer at right-back contributing 4 goals and 7 assists in 31 appearances while the club was relegated from the 2. Bundesliga.

In May 2018, Bundesliga side Mainz 05 announced Mwene would join the club on a free transfer from Kaiserslautern for the 2018–19 season.