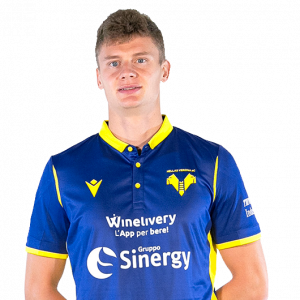 Paweł Marek Dawidowicz (born 20 May 1995) is a Polish professional footballer who plays for Italian club Verona and the Poland national team as a defender.

Club career
Dawidowicz played for Lechia Gdańsk senior team for two years. On 20 May 2014, he signed a five-year-contract for Portuguese champions Benfica, being assigned to the reserve team. On 15 March 2015, Dawidowicz scored his first goal for Benfica B in an away win at Farense (0–3) in Segunda Liga.

On 20 March 2019, Dawidowicz signed a permanent deal with Italian side Verona after joining the club on loan for the 2018–19 season. Prior to that, from 2016 to 2018, he had been loaned out to VfL Bochum in Germany and Palermo in Italy for one season each.

International career
Dawidowicz made his senior international debut for Poland as a substitute in a 3–1 friendly win against the Czech Republic in Wrocław on 17 November 2015, replacing Michał Pazdan for the final minutes.

Dawidowicz was named in Poland’s preliminary 35-man squad for the 2018 World Cup in Russia. However, he did not make the final 23.