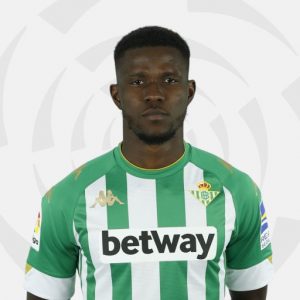 Edgar Paul Akouokou (born 20 December 1997) is an Ivorian footballer who plays as a midfielder for Spanish club Real Betis.

Akouokou started his career with Finnish side Ekenäs IF in 2016. In January 2017, he went on a trial at Ligue 1 side Angers SCO.

On 27 August 2017, Akouokou moved to Israeli Premier League side Beitar Jerusalem, on loan until May 2018. The following 1 February, after being sparingly used, he moved to Hapoel Rishon LeZion of the Liga Leumit, also in a temporary deal.

On 21 November 2018, Akouokou switched teams and countries again after agreeing to a deal with La Liga side Real Betis; he was initially assigned to the reserves in Tercera División. On 10 September 2020, after helping the B-team achieve promotion to Segunda División B, he renewed his contract until 2024 and was promoted to the first team.