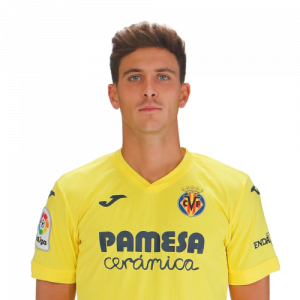 Pau Francisco Torres (born 16 January 1997) is a Spanish professional footballer who plays as a centre-back for Villarreal and the Spain national team.

Born in Villarreal, Province of Castellón, Valencian Community, Torres played youth football with Villarreal CF. He made his league debut with the reserves on 21 August 2016, starting in a 0–1 Segunda División B away loss against UE Cornellà.

Torres scored his first senior goal on 8 October 2016, the first in a 2–2 home draw with CF Badalona. His maiden competitive appearance for the first team took place on 20 December, when he came on as a late substitute for Víctor Ruiz in the 1–1 home draw against CD Toledo in the round of 32 of Copa del Rey; by doing so, he became the first player born in Villarreal to debut for the club in 13 years.

On 6 August 2018, Torres was loaned to Málaga CF for one year. He only missed four Segunda División games during his spell as the side reached the promotion play-offs and, subsequently, was recalled by his parent club.

Torres subsequently cemented his place in Villarreal’s starting XI, playing every minute in the league. In October 2019, he was rewarded with a contract extension until 2024, and the same month scored his first goal in the Spanish top tier, opening a 2–1 loss at CA Osasuna.