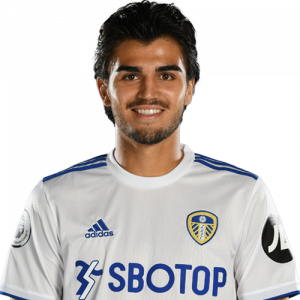 Pascal Augustus Struijk (born 11 August 1999) is a professional footballer who plays as a centre-back or defensive midfielder for Premier League club Leeds United. Born in Belgium with Indonesian ancestry, he has represented the Netherlands internationally at under-17 level.

Struijk was born in Deurne in Belgium, but moved to The Hague at the age of 3. His paternal grandparents were born in the Dutch East Indies and he is therefore also eligible to appear for Indonesia at international level.

Club career
Struijk started his youth career at ADO Den Haag at the age of 7, before switching to Ajax in 2016 where he signed a two-year contract. In January 2018, Struijk signed a three-year contract for English club Leeds United. His first involvement with the first team came on 13 March 2018, when he was named on the bench against Aston Villa in a 1–0 defeat. Struijk was a regular for the Leeds United under-23 side over the course the 2018–19 season, and he featured in the team that won the Professional Development League on 6 May 2019, beating Birmingham City on penalties having drawn the final 0–0. He was named on the bench by Marcelo Bielsa for both legs of the Championship play-off semi-final against Derby County, but did not come off the bench for either; Leeds lost 4–3 on aggregate over the two legs.

On 10 December 2019, Struijk made his debut for Leeds United, coming on as a 91st-minute substitute for Hélder Costa in a 2–0 victory at home to Hull City. His second appearance came in the following match as a late substitute in a 3–3 draw at home to Cardiff City, with Struijk failing to clear the ball in the build-up to Robert Glatzel’s late equaliser. He made his third appearance for the club as a 61st-minute substitute in a 1–0 win against Barnsley on 17 July 2020, with him being praised for his performance as a defensive midfielder. He made his full debut on 19 July 2020, starting in the team that beat Derby County 3–1 in the penultimate game of the season. Another appearance against Charlton Athletic followed in the final game of the season as Leeds finished the 2019–20 season at the top of the Championship, and were thus promoted to the Premier League.

Due to an injury to fellow Leeds United centre-back Liam Cooper, Struijk started Leeds’ first league game of the 2020–21 season; a 4–3 away defeat to Premier League champions Liverpool. He signed a new three-and-a-half-year deal on 20 November 2020, lasting until summer 2024. He scored the first goal of his senior career on 14 February 2021 in a 4-2 defeat away to Arsenal, netting a header from a Raphinha corner in the 58th-minute.