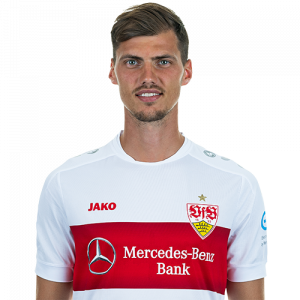 Pascal Stenzel (born 20 March 1996) is a German professional footballer who plays as a right-back for VfB Stuttgart.

Borussia Dortmund
Stenzel is a Borussia Dortmund youth exponent, who played for the reserve team. He made his professional debut in the 3. Liga at 2 August 2014 against Holstein Kiel.

SC Freiburg
On 29 January 2016, Stenzel joined SC Freiburg on a loan until 30 June 2017. In April, he signed permanently with Freiburg, agreeing to a contract reportedly running until 2021.

VfB Stuttgart
For the 2019–20 season Stenzel was loaned out to VfB Stuttgart. On 1 July 2020, Stenzel moved permanently to Stuttgart and signed a contract until June 2024.