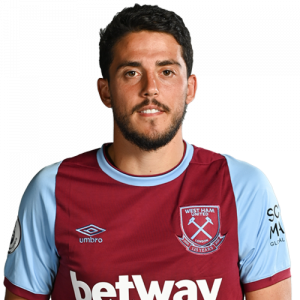 He amassed La Liga totals of 129 matches and 12 goals over four seasons, with Málaga and Villarreal. In 2019, he signed with West Ham United.

On 28 March 2016, Fornals won his first cap with the Spain under-21s by playing the full 90 minutes in a 1–0 win against Norway at the Estadio Nueva Condomina. On 17 May, he was called up to the full squad by Vicente del Bosque for a friendly with Bosnia and Herzegovina. He made his debut 12 days later, replacing Mikel San José in the 3–1 victory at the AFG Arena in St. Gallen, Switzerland.

Fornals was a member of the team which won the 2019 UEFA European Under-21 Championship in June.[19] In the tournament held in Italy and San Marino, he scored in group stage defeats of Belgium (2–1) and Poland (5–0).

On 14 June 2019, Fornals signed for West Ham United on a five-year contract for a transfer fee reported to be £24 million, making him the English club’s second most expensive signing. He made his Premier League debut on 10 August, in a 5–0 home defeat by Manchester City coming on as a half-time substitute for Michail Antonio. He scored his first goal for his new team on 27 August, in a 2–0 victory over Newport County for the second round of the EFL Cup.