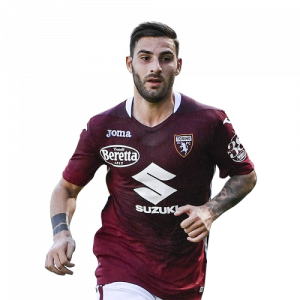 Nicola Murru (born 16 December 1994) is an Italian professional footballer who plays for Serie A club Torino, on loan from Sampdoria, as a left-back.

Club career
Born in Cagliari, Murru started his career at hometown’s Cagliari. In July 2011 he was promoted to first team squad, and played his first match as a professional on 20 December, coming on as a second-half substitute in a 0–2 home loss against Milan.

Murru appeared in only one further match during the campaign, a 0–0 draw at Fiorentina, also from the bench. In 2012, after Alessandro Agostini’s departure to Torino, he acted as a backup to Danilo Avelar. In the following year Murru appeared as first-choice, overtaking Avelar in the pecking order. On 8 October 2013, he renewed his link with the Rossoblù, until 2017.

On 17 September 2020, Murru joined Torino on loan with an option to buy.