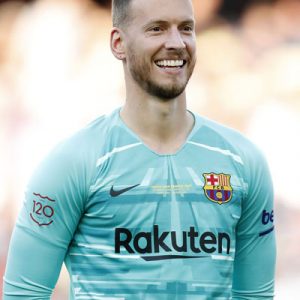 Norberto Murara Neto (born 19 July 1989), commonly known as Neto, is a Brazilian professional footballer who plays as a goalkeeper for Spanish club Barcelona.

Neto began his career with Brazilian side Athletico Paranaense and later played for Italian side Fiorentina. He joined Juventus in 2015, where he won the domestic double in each of his two seasons with the club, serving as a back-up to starter Gianluigi Buffon in the league, but appearing in all of the club’s games in both of their victorious Coppa Italia campaigns. In 2017, he joined Spanish side Valencia. On 27 June, 2019 Barcelona announced Neto’s signing.

Barcelona
On 27 June 2019, it was announced that Neto would move to Barcelona for €26m plus €9m in add-ons. One day earlier, Barcelona backup goalkeeper Jasper Cillessen left Barcelona for €35m to take Neto’s spot as the starting goalkeeper for Valencia.

Neto played in Barcelona’s first six league games and three of the six UEFA Champions League group stage matches in the absence of first-choice keeper Marc-André ter Stegen, who was out with a knee injury until the end of October.