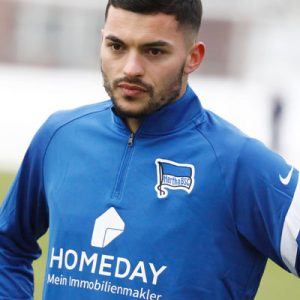 Marseille
On 30 August 2018, Radonjić signed with French side Olympique de Marseille after helping qualify Red Star Belgrade for the group stage of the Champions League. He was assigned the number 7 jersey in his new club. The transfer fee was reported as €12 million plus 2 million in bonuses. Radonjić made his debut for the club in 4–0 Ligue 1 home victory over Guingamp on 16 September 2018, replacing Dimitri Payet in the 84th minute.

Loan to Hertha BSC
On 1 February 2021, Radonjić joined German side Hertha BSC on loan for the remainder of the 2020–21 season.