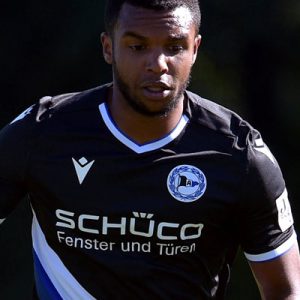 Nathan de Medina (born 8 October 1997) is a Belgian professional footballer who plays as a defender for Arminia Bielefeld in the Bundesliga.

Club career
De Medina joined Anderlecht in 2004. He made his first team debut on 19 May 2016 in a 5–2 away loss to Genk playing the entire match.

De Medina signed with Bundesliga newcomers Arminia Bielefeld on a free transfer from Royal Excel Mouscron in July 2020, having agreed a three-year contract. He was sent off for a reckless challenge on Niclas Füllkrug in a 2–0 loss to Werder Bremen in March 2021.

Personal life
De Medina was born in Belgium and is of Cape Verdean descent.