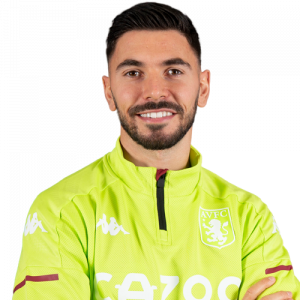 Le Mans
Ahead of the 2012–13 season, Sanson was promoted to the senior team by manager Denis Zanko and assigned the number 25 shirt. He made his professional debut on 3 August 2012 in a league match against Dijon, replacing Idrissa Sylla with only ten minutes to play. He scored his first league goal on 22 December 2012 against Monaco in a 2–3 home loss.

Sanson playing for Marseille in 2018
On 17 January 2017, Sanson joined south coast rivals Marseille by signing a four-and-a-half-year contract, for an initial fee estimated to be €9 million, plus €3 million in bonuses. On 5 March 2017, he scored a goal in the 56th minute in a 4–1 Ligue 1 away win against Lorient – his first Ligue 1 goal for Marseille.

On 3 May 2018, he played in the Europa League semi-finals away to FC Red Bull Salzburg as Marseille played out a 1–2 away loss but a 3–2 aggregate win to secure a place in the 2018 UEFA Europa League Final which was played at the Parc Olympique Lyonnais, and saw his team lose to Atlético Madrid.

Aston Villa
On 26 January 2021, Sanson signed for English Premier League side Aston Villa on a four and-a-half year contract, for a fee believed to be £14 million, with £1.5 million in add-ons. On 3 February 2021, Sanson made his Aston Villa debut as a late substitute in a 3–1 defeat to West Ham at Villa Park.