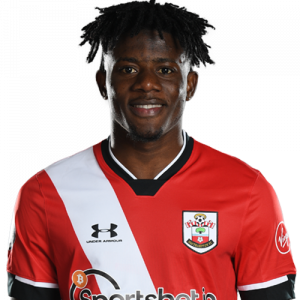 Salisu started his senior career with Valladolid, featuring for the reserve side before making his first team debut in 2019. He amassed 34 appearances for the club before joining Southampton for a £10.9 million fee in 2020.

On 12 August 2020, Salisu joined Premier League club Southampton for a fee worth £10.9 million. The English club had triggered a buyout clause in the defender’s contract with Salisu putting pen to paper on a four-year deal.[16] Manager Ralph Hasenhüttl hailed his new signing, saying he was a future prospect who had all the qualities to come to the Premier League and help Southampton.

Mohammed is a player who fits our profile well. He is young and has a great amount of potential, but he is also someone who has the qualities to come in and help the team as soon as he is up to speed with our way of playing.
— Ralph Hasenhüttl hailing Salisu after signing him from Valladolid.
Salisu had yet to feature for Southampton three months after he had signed with Hasenhüttl providing an update in November 2020, stating:

”There is still a way to go I think for being match fit, but I am very happy he’s here. He’s a long-term project and I am sure that he will play a lot of games for us.”

Salisu made his Southampton debut on 11 February 2021, six months after signing for the club, playing the full 90 minutes and keeping a clean sheet in a 2–0 FA Cup away victory over Wolverhampton Wanderers as Danny Ings and Stuart Armstrong scored a goal each to allow Southampton move into the quarter-finals of the competition.

He made his Premier League debut three days later when he came on in the 72nd minute to replace the injured Kyle Walker-Peters, also against Wolverhampton Wanderers ending with a 2–1 loss at home. Salisu made his first Premier League start the following week in a 1–1 draw with Chelsea, putting in an impressive performance.