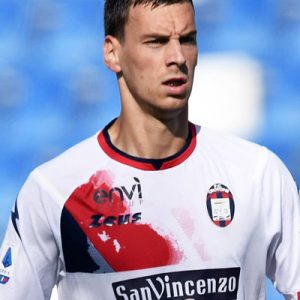 Miloš Vulić (Sborn 19 August 1996) is a Serbian professional footballer who plays as a midfielder for Italian club FC Crotone.

Napredak
Vulić began playing football in his hometown, with the youth system of Napredak Kruševac before debuting for them professionally. On 5 May 2018, he made an assist and scored a goal in a 2-2 tie with Partizan. Over the course of the 2017–18 season, he scored a total of five goals in 30 games played and was also the team’s captain.

Red Star Belgrade
Vulić signed a three-year contract with Red Star Belgrade on 21 December 2018. On 18 September 2019, he made his UEFA Champions League debut when he came on as a substitute in a 3-0 loss to Bayern Munich.