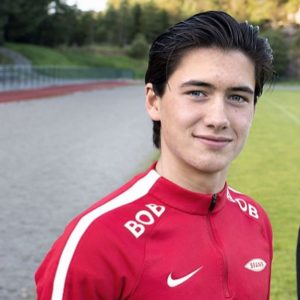 Mikail Maden (born 17 January 2002) is a Norwegian footballer who plays as a midfielder for Bundesliga club Schalke 04.

In February 2020, Maden moved from Brann Bergen to Germany to the junior performance center of FC Schalke 04. At Brann Bergen, he had already played in the second team between 2018 and 2019, where he had played 15 point games and scored two goals. At Schalke, Maden was one of the A-Juniors (U19) until the end of the 2019/20 season, for whom he played three games in the A-Juniors Bundesliga before the season was canceled due to the COVID-19 pandemic.

In the 2020/21 season, his last season with the juniors, he initially continued to play for the Royal Blues U19, but was already in a game of the second team in the fourth-rate Regionalliga West in the matchday squad without being substituted on. The A-Juniors Bundesliga had to be interrupted again from November 2020 due to the corona pandemic. On March 13, 2021, the 19-year-old made his debut for the professional team in the Bundesliga when he briefly lost in the 5-0 defeat on matchday 25 at VfL Wolfsburg, the first game under Dimitrios Grammozis, the fifth head coach of the current season was substituted on before the end of the game.