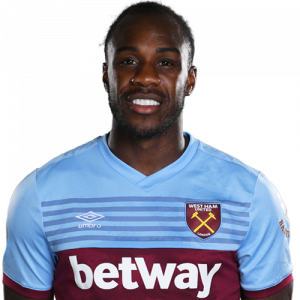 In March 2016, Antonio revealed that he had rejected the opportunity to play for Jamaica internationally and that he harboured an ambition of playing for England.

On 28 August 2016, in new England manager Sam Allardyce’s first squad, Antonio was called up for the first time, for a 2018 World Cup qualification match against Slovakia in Slovakia on 4 September 2016 where he was an unused substitute.[63] On 16 March 2017, Antonio was called up by new England manager Gareth Southgate’s squad for the friendly match against Germany on 22 March and the 2018 World Cup qualifier against Lithuania on 26 March, however, on 20 March, Antonio withdrew from the squad after picking up a hamstring injury.