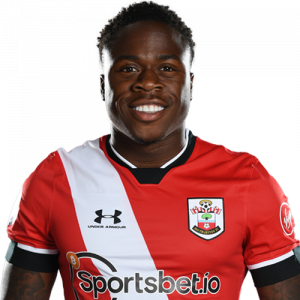 Michael Oluwadurotimi Obafemi (born 6 July 2000) is an Irish professional footballer who plays as a striker for Premier League club Southampton.

Obafemi was born in Dublin to Nigerian parents. His family moved to England and he was raised in the London area.

His older brother Afolabi Obafemi is also a footballer.

Club career
Obafemi was released by Watford prior to his 14th Birthday in 2014. He took a year out of the game before joining Leyton Orient in 2015, moving on to Southampton in 2016.

Obafemi made his professional debut as a substitute in the 82nd minute of a 1–1 draw with Tottenham Hotspur on 21 January 2018. Aged 17 years and 199 days, Obafemi became the second youngest player to make a Premier League appearance for Southampton after Luke Shaw, who was 17 years and 116 days old.

He scored his first professional goal with the third goal in a 3–1 victory at Huddersfield on 22 December 2018; at 18 years and 169 days old, he became Southampton’s youngest scorer in the Premier League.

Obafemi has represented the Republic of Ireland at under-19 level, debuting during the 2019 UEFA European Under-19 Championship qualification campaign.

On 6 November 2018, Obafemi was named in the senior Republic of Ireland squad for the first time for the friendly against Northern Ireland on 15 November and the UEFA Nations League match against Denmark on 19 November 2018. He came on as a substitute in the second half of the 0–0 draw against Denmark to make his debut. He also became the first player born in the 2000s to win a senior cap for Ireland. Obafemi made his debut for the Republic of Ireland under-21 team on 10 October 2019, coming off the bench and impressing fans and media alike, in a 0–0 draw with Italy under-21s at Tallaght Stadium.