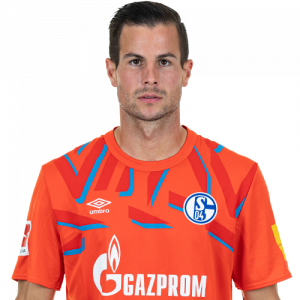 Michael Langer (born 6 January 1985) is an Austrian professional footballer, who plays as a goalkeeper for Schalke 04.

Club career
Formerly a goalkeeper for the German Bundesliga team VfB Stuttgart, he made his debut in the highest German division on 10 March 2007 in a game against Wolfsburg, as a replacement for regular goalkeeper Timo Hildebrand.

Langer signed with the NASL’s Tampa Bay Rowdies on 1 February 2016.

In 2017, Langer joined Schalke 04. 13 years after his first Bundesliga appearance for Stuttgart on 10 March 2007, he made his second-ever Bundesliga cap against Bayer Leverkusen on 6 December 2020.