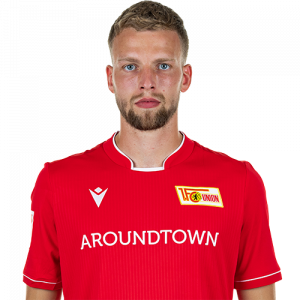 Marvin Friedrich (born 13 December 1995) is a German professional footballer who plays as a centre back for 1. FC Union Berlin.

Club career
In 2011, Friedrich joined the Schalke 04’s youth academy. He made his Bundesliga debut on 13 September 2014 against Borussia Mönchengladbach in a 4–1 away defeat.

On 17 June 2016, it was announced that Friedrich had joined Augsburg on a three-year deal.