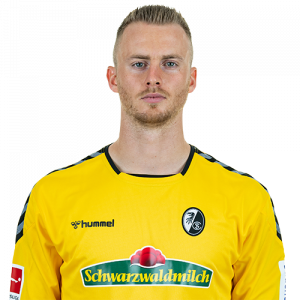 Mark Flekken (born 13 June 1993) is a Dutch professional footballer who plays as a goalkeeper for SC Freiburg.

Career
MSV Duisburg
He signed for MSV Duisburg on 12 June 2016. On 7 August 2016, Flekken scored a goal, after a corner, in a 1–1 draw against VfL Osnabrück, when he went to the opposite box during the last minute. In February 2018, Flekken conceded a bizarre goal in a 2. Bundesliga match against FC Ingolstadt, when he mistakenly turned his back on the play to take a drink from his water bottle.