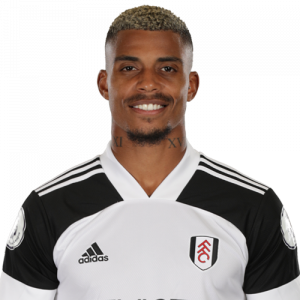 Mario René Junior Lemina (born 1 September 1993) is a Gabonese professional footballer who plays as a central midfielder for Premier League club Fulham, on loan from Southampton, and the Gabon national team.

He played for French sides Lorient and Marseille, before joining Italian side Juventus in 2015, where he won the domestic double in both of his seasons with the club. He joined Premier League side Southampton in 2017, and was later loaned out to Turkish club Galatasaray in 2019.

A former French international at youth level, Lemina went on to represent Gabon at senior level, making his senior international debut in 2017, and later represented the latter nation at the 2017 Africa Cup of Nations.

Juventus
During the summer of 2015, Lemina began to attract the attention of several clubs, including Premier League clubs Liverpool, Southampton and West Ham United. On 31 August, however, the last day of the transfer window, Juventus announced the signing of Lemina on a season-long loan for €500,000 with an option to buy for €9.5 million at the end of the 2015–16 season.

Southampton
On 8 August 2017, Lemina joined Southampton on a five-year deal for a club record fee of £15.4m.

Loan to Galatasaray
In 2019–20 season, Lemina joined Galatasaray on a loan deal.

Loan to Fulham
On 30 August 2020, Lemina was loaned out to Fulham with an option to buy. He made his debut for the club on 16 September 2020 in the second round of the EFL Cup against Ipswich Town, which Fulham won 1–0. On 7 March 2021, Lemina scored his first Fulham goal to seal a 1–0 away win over Liverpool, handing them their sixth consecutive league defeat at Anfield for the first time in the Reds’ history. In doing so, Lemina also clinched Fulham’s second win at Liverpool in the club’s history.