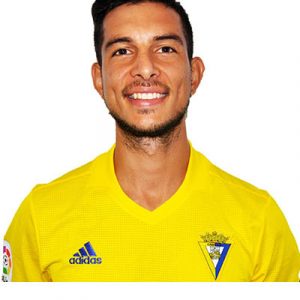 Born in Claypole, Buenos Aires, Marcos Mauro finished his youth career in Spain with CF Fuenlabrada after his parents had moved to the country in search of better working conditions. He made his senior debut on 4 January 2009, starting in a 0–3 Tercera División home loss against Real Madrid C.

Marcos Mauro established himself as a starter in the following seasons, achieving promotion to Segunda División B in 2012.[1] On 11 August 2013 he signed a four-year contract with Villarreal CF, being immediately loaned to SD Huesca of the third division.

On 1 September 2014, Marcos Mauro was loaned to La Roda CF in the same league. The following 10 August, he was assigned to Villarreal’s reserves still in the third tier.

On 12 July 2017, Marcos Mauro joined Segunda División club Cádiz CF on a three-year deal. He made his professional debut on 19 August, starting in a 2–1 away win over Córdoba CF.