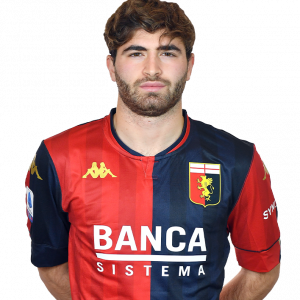 Manolo Portanova (born 2 June 2000) is an Italian professional footballer who plays as an attacking midfielder for Serie A club Genoa.

Portanova is a youth product of Lazio, having joined in summer 2015, and started playing for their under-19 squad in the 2016–17 season.

In July 2017, Portanova moved to Juventus. He made his Serie C debut for Juventus U23 on 30 March 2019, in a game against Pistoiese, as a 76th-minute substitute for Luca Zanimacchia. His senior and Serie A debut for Juventus came on 26 May 2019, in the club’s final match of the season, coming on as a second-half substitute for Emre Can in a 2–0 away loss to Sampdoria. During the match, he set up a goal for Moise Kean, but it was disallowed for offside.

On 29 January 2021, Portanova moved to Genoa for a fee of €10 million, plus a maximum of €5 million in performance-related bonuses.