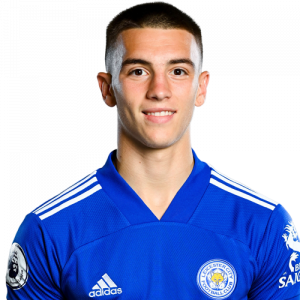 Luke Jonathan Thomas (born 10 June 2001) is an English professional footballer who plays as a left back for Premier League club Leicester City.

Thomas was born in Syston, Leicestershire. A product of the Leicester City Academy, he made his professional debut in a 2–0 Premier League win against Sheffield United on 16 July 2020. He came on as a result of an injury to first team left back Ben Chilwell, providing an assist for the first goal, which was scored by Ayoze Perez. On the 25th August 2020 it was announced that he had signed a new long term deal with the club.

On 29 October 2020, Thomas made his professional debut in the UEFA Europa League during a 2–1 win over AEK Athens after the substitution of Christian Fuchs in 46th minute. On 26 November 2020, Thomas scored his first Leicester goal in a 3–3 away draw against Braga in the group stage of the Europa League.

International
Having represented England at U18 and U19 level, Thomas made his U20 debut during a 2-0 victory over Wales at St. George’s Park on 13 October 2020.