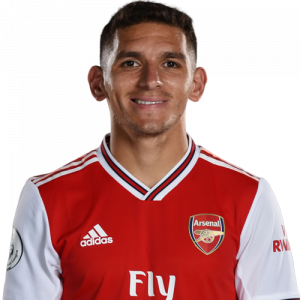 Lucas Sebastián Torreira Di Pascua (born 11 February 1996) is a Uruguayan professional footballer who plays as a midfielder for Spanish club Atlético Madrid, on loan from Arsenal, and the Uruguay national team.

Arsenal
On 10 July 2018, Torreira joined English club Arsenal for an undisclosed fee, believed to be around £26 million. Torreira was given the number 11 shirt, previously worn by Mesut Özil, who took the vacant number 10 following the departure of Jack Wilshere.