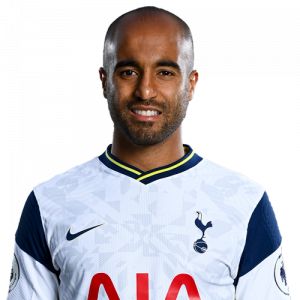 Lucas Moura started his professional career at São Paulo where he became one of the best players in the Campeonato Paulista. His pace and dribbling skills garnered attention from numerous European clubs, eventually earning him a transfer to French side Paris Saint-Germain. After winning multiple domestic trophies over a five-year span at the club, Lucas Moura was then signed by English side Tottenham Hotspur. He was involved in the side reaching their first ever UEFA Champions League final, scoring a historic hat-trick in the second leg of the semi-final of the competition to help Spurs advance.

Lucas Moura made his senior international debut for Brazil in 2011 and has since earned over 30 caps, representing the nation at two editions of the Copa América, the 2012 Olympics (where he won a silver medal), and the 2013 FIFA Confederations Cup, winning the latter title.