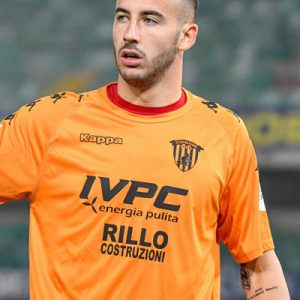 Lorenzo Montipò (born 20 February 1996) is an Italian footballer who plays as a goalkeeper for Serie A club Benevento.

Born in Novara, Piedmont, Montipò started his professional career at Piedmontese club Novara. On 14 July 2015, he was signed by Siena.

On 31 August 2016, Montipò was signed by Carpi in a temporary deal, with an option to purchase him outright. However, the loan was canceled in January 2017.

International career
On 4 September 2017, he made his debut with the Italy U21 team in friendly match against Slovenia.