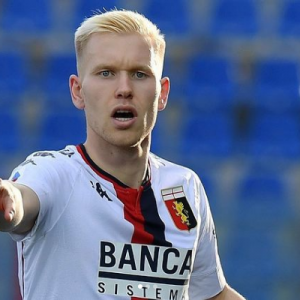 Lennart-Marten Quint Czyborra (born 3 May 1999) is a German professional footballer who plays as a left back for Genoa, on loan from Atalanta.

Lennart Czyborra played in the youth sides 1. FV Eintracht Wandlitz, FV Motor Eberswalde, Union Berlin, Hertha BSC, Energie Cottbus and Schalke 04. In 2018 he left for Heracles Almelo. He made his Eredivisie debut on 11 August 2018 in a 1–1 draw against AFC Ajax. He came into the field in the 82nd minute for Bart van Hintum.

On 22 January 2020, Czyborra signed with Italian Serie A club Atalanta. He made his club debut on 14 July in a 6–2 win against Brescia. On 9 September 2020, he joined Genoa on a two-year loan deal with obligation to buy.